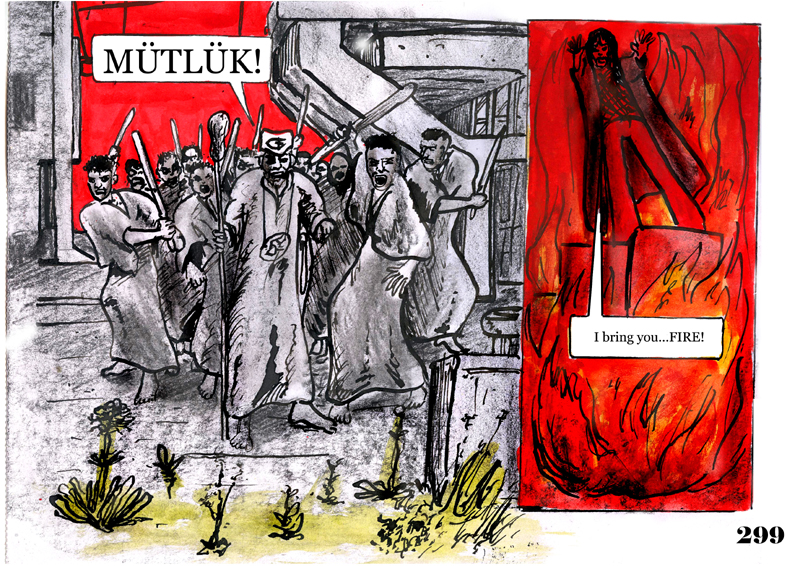 Yes, the true God Of Hellfire! He did that trick in anearlier episode with the giftmurkels.

A reference to classic rock that even *I* do understand! :-D

Good! I never really thought of Arthur Brown as "classic rock", though... (I'm still not even sure what this term is supposed to mean.) But he is a pioneer in many ways, Alice Cooper and others were heavily influenced by him. He is in fact the first rock musician who wore facepaint (or even corpse paint). Okay, Arthur Brown was in the troupe of Screaming Lord Sutch before he made his own career, and Lord Sutch wore face paint and had long hair long before any rock musicians did, but he was more kind of radical theater performer, not really a rock musician.

I was using "classic" more in the general sense (older work that is still beloved by many) rather than meaning a more specific style. Of course what constitutes a "classic" by that definition can also be highly subjective.

seriously, time for some roast punks

I fear Arthur is a too nice guy for that, Ariane would have them roasted and accidently charred.

"There's only one way out: Go bathe yourself in fire!"