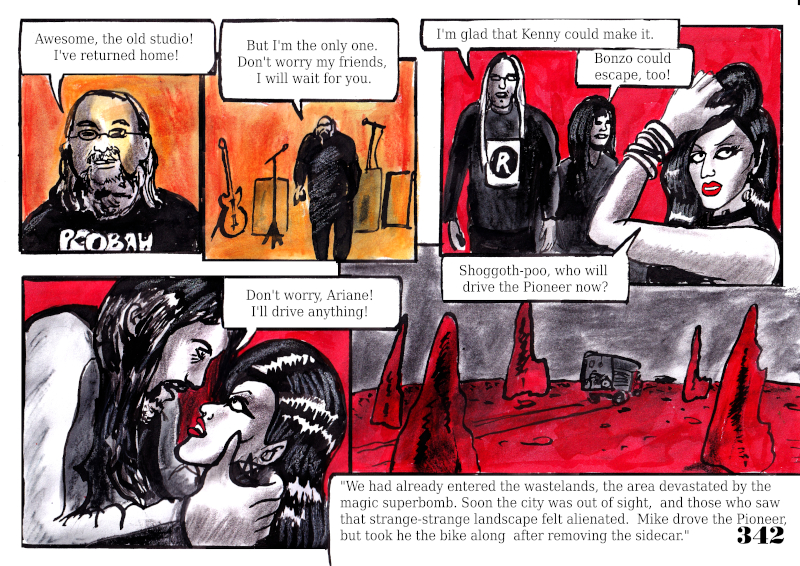 Luckily, there were several gates, so those two, Bonzo and Kenny Ward, could make an escape. The real Kenny Ward, friend of real Jimi Gustafson, appeared first on XIII.21 this page. We didn't know he was terminally ill then, and died soon after. His widow wrote later that he did see himself in the comic and always enjoyed it, so at least there is one good thing about the comic after all.

oh dude, if Ward was able to see that, that's fucking superb

He died before this chapter even started, I think already during "Blood, Seat and Tears", but at least he has seen himself in the comic after all.

This is what dear-dear Annamarie wote on my facebookpage to me. "Thank you for having Kenny in your Poobah comics. As his widow, I know he was always happy to see himself in the comic book. Thank you for your kindness."
That should make a hard-boiled doom-witch cry.

"but took he the bike along" is a delightful artifact of translation. "mit gebracht"?

Spank me, "Gebt fein acht, ich hab euch etwas mitgebracht." Said my abductor to his riff-raff-folks, or sugardaddy to his mean-mean mommy as he presents me.