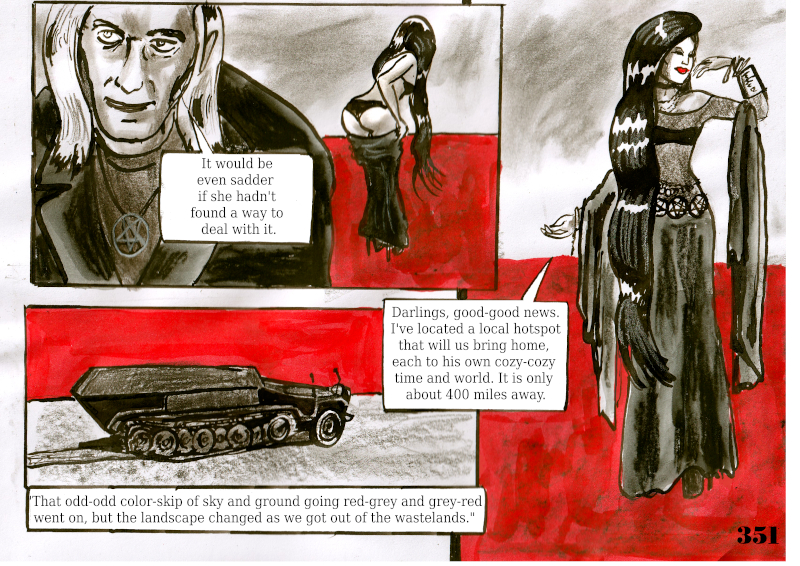 That was a fantastic show!

You cockeyed optimist, you!

four hundred miles is an easy ride on the interstate

but they ain't on the interstate

Pffft, but we haven't got much traffic on the road!

Easy for you to say; I prefer the secondaries, former high-end motorways (freeways in and of themselves or pre-freeway two or four lane thoroughfares) which actually lead right through cities and towns. Route 66 is a primary example.

In Yurrup I tended to stay off the autobahns/limited-access motorways ; in actuality, I preferred to travel by rail. Aside from two round trips Vicenza-Monza in 1967and 1968 and one trip Venezia-Vicenza in the middle of the back seat of my friend's Alfa Due Sei Sprint, and once in 1968 driving a friend's FIAT 124 Spyder Venezia-Vicenza because he was too drunk, it was all by rail. (or in one case late 1968, Vicenza-Nürnberg mostly (a bit more than 50% with short rides into the next town) via Shank's Mare.

I recall seeing the Fiat 124 often; but the spider version was extremly rare. Most Alfa Romeo's you would see was the Alfasud, sometimes the Giuila (rare) or the Spider. I don't think I was ever lucky enough to see a Montreal. They were even rarer then the Citroen SM.