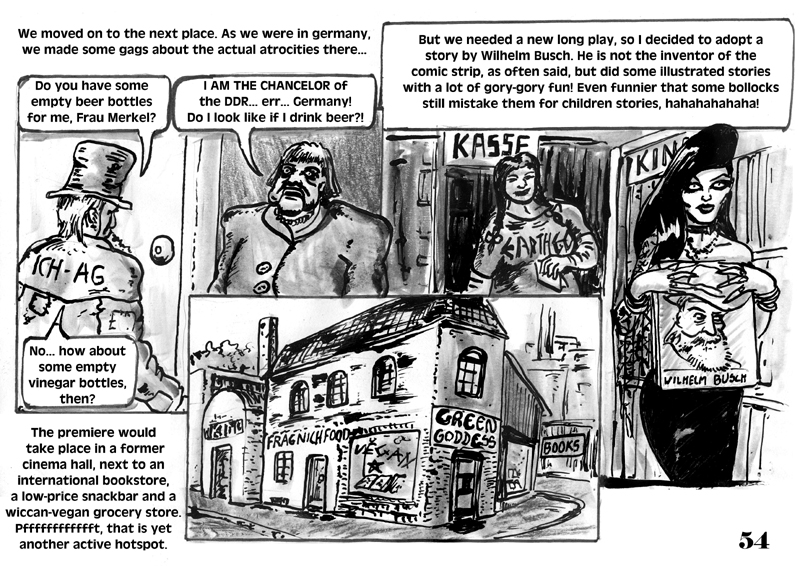 Sadly Wilhelm Busch is often still mistaken for a creator of children books. His humorous, but often graphic stories were never made for children.
The shopkeeper of the bookshop is based on a character from "Rhapsodies".
The writing on the beggars coat says "Ich-AG" ("Me lpc"), a very tasteless, but genuine joke of the Merkel govertment to discriminate jobless people.
The wiccan-vegan shop in the picture is called "Green Godess" which sounds quite pagan, but there is no green godess in mythology. Green Goddess is the name of an american salad dressing.